Science fiction adventure series 67 years into the future where the last humans try to save Planet Earth from the sinister forces of the Impostor. Zookians from a faraway galaxy rally to the SOS from the lonely Planet Earth where ruthless deranged leaders had set into motion a devastating World War 111 decades  earlier.

Set in South Africa, dive into the languages, scenery, cultures and ambience of the characters from Umlazi, Chatsworth and KZN and travel through ancient Zulu lands, Ladysmith and Mooi River through the scenic mountain paths of the Drakensberg where the greatest secret about the future of humanity is to be revealed. 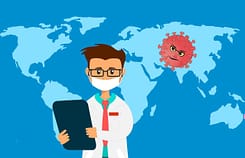