As 2011 draws to an end, ’tis the time to ponder on all the years challenges, set backs, pain, accomplishments and joy. I am so fortunate this year to spend this time with my dearest Mother Vie. I am jolted into the reality of family and the love of cherished ones and suddenly the trials and tribulations of a one-woman company fades into oblivion. Yes, love is the most powerful source of renewable energy on our Planet.

Ah, the first thought in most minds reading this snippet is probably : “She’s crazy,” or “That’s too simple,” or “Fiddlesticks,” or “That’s right.”

Well, my beloved reader it is after all my nostalgic postulations, nespa? Indulge me and grant me this indulgence, pretty please!

So let us take a journey back in time to the start of 2011: I actually worked all through the 23 December 2010 through the 4 January 2011, to churn out a pallet order for my Ontario distributor. Unbeknownst to his team, my newly hired raw food Chef called in sick on 22 December leaving me stranded (he quit while on sick leave). So I put into action my emergency plan – called to the front lines the emergency VOopma-Loompas, namely MOI, Me to the meeting room to discuss the strategy for Production 7 by 7.

You see, I had only just renovated our new facility on Nuns Island on 1 December 2010 and the pallet order would be my first full scale roll out. So over 7 days and 7 nights my factory was my exercise field (yes, I am a mountain runner for those who do not know me) as I ran around the 4000 square feet premises with its 24 foot ceiling like a hundred Oopma-Loompas dragging heavy containers of ingredients, mixing formulations, grinding, mixing and tempering thousands of products for Production 7 by 7. 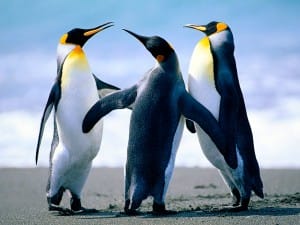 The most frustrating part of P7by7 believe it or not, was trying so hard to find the keyhole on the door in the dark as I tried to lock up the factory each night. Ja (Dutch for yes), there was no light outside my factory door! (yes the landlord was aware of it).

The second ordeal was starting up my weathered BMW sports (10 years old) to a warm enough position to get me out of the parking lot safely each night.

“She drives a BMW,” you think.

Ja, it has been my car of choice wherever I have lived. Note: I was a successfully employed Scientist in Europe in my previous life before becoming an entrepreneur. If it is any consolation to the reader, Canadian Tire was my repair shop for my cherished Beemer for the last four years. Ja, it was cheaper to retain my Beemer than let her go and struggle to pick up daily supplies and drop off large orders.

So back to the saga: The rest of my P7by7 night was spent soaking away my aches in my tub and winding down in front of my fireplace as I fell off to sleep. Before the crack of dawn each P7by7 morning I was running outside along the frozen St. Lawrence river, knee deep in soft snow to get my emotional mindset before meditating and heading off to the factory.

By the fifth day of P7by7 I was on a roll. I was almost finished – the next two days were spent packing and preparing the pallet. So my good reader, when Al the sweet Ontario driver arrived with his trailer on 4 January and I rolled up the loading dock door in the freezing cold, the pallet was ready to be delivered to thousands of loyal consumers across the Eastern Canada.

My 2011 started with a bang and what a year it was to be for me and the rest of the world.

So we witnessed the horrific earthquake in Japan and watched in awe as the tsunami survivors taught the rest of the world about humility and hope as they waited calmly for food and water. No hysteria, no fighting, no hatred. Just humility.  I bow down to the Japanese.

Here in Canada we witnessed another course in humility as Jack Layton made history in the federal election. A little man hobbling on a cane, beset with cancer, brought together a nation as we mourned his sad demise.  I bow down to Jack Layton.

In the same vein we witnessed yet another symbol of creativity leave our planet. Steve Jobs, a genius, way ahead of his time. A man who rallied together people who were afraid of technology and computers into a community of communication junkies smiling from ear to ear because he made it so easy to be computer literate. The world mourned his loss. I bow down to  Steve Jobs.

Amidst the demise of revered souls, we witnessed the economic slump of Europe as the EU rallied to the aid of its fellow nations Greece, Italy and perhaps more. Too much borrowing, too much debt -a vicious cycle for the Americas and more as parents try to fulfill the demands of their offspring and the world focuses on acquiring more industrial wealth to the sacrifice of our natural environment.

Albeit, space time continuum is an interesting phenomena : yes multitudes of occurrences at the same time even if invisible to the knowledge of human kind. Or perhaps we chose to ignore it. Ah a topic for another conversation piece.

So from Charlie Sheen’s desire to help Canadians manage their anger to life-size Barbie dolls, we laughed and we cried this year for all that was witnessed and for all those we shall miss.

Of all the outrages that we witnessed the one that got our eyes rolling around our pretty heads was the one that gave a USA politician a 8 year sentence for political messup and Dr. Conrad Murray enjoyed a four year (2 year probation) sentence for the death of our Michael Jackson- a legend who changed the history of pop music. An irreplaceable symbol. So much for faith in medical doctors who sponge off their patients weaknesses with no consideration for the oath of saving a life.

So as the year winds down, so too do many aspects of our lives as we let go of things beyond our control, as we forgive those who have caused us pain, as we say a silent prayer for those who are in pain, as our thoughts meander to those who need help, as we meditate on the future of our planet……in spite of the death of Kyoto.

My thought is this:

This was the most labour intensive year for me, as I toiled single handedly to produce, market and sell our foods across the nation forsaken by my supposed team. Long days and longer nights, sacrificing so much. I found my renewable energy in the love of Mother Vie (+70 year loving soul), the magic of the mountains and the power of daily meditation. It churned me on in the darkest of days, when I was at my lowest, when I thought the day would never end.

I realized many things. Most of all when with Mother Vie at my side two weeks ago, Mother & I had to shut down our production facility after being harrassed and bullied by the landlord’s maintenance crew. In addition to the incident we were also let down by essential members of our supposed team: yes I realized that

– there comes a time that for energy to be renewed, it must first be at its all time low.

-We must close one door to open another.

-To be free we must break from incarceration.

The space time continuum deems that we as humans need to look beyond what is visible to the human eye. It is always more than it seems to be.

As the homeostasis of our earth is disrupted by industrialization in the pursuit of energy for the overuse of human kind, we as humans MUST contemplate that there is a lot of work to be done.

The main task is to work on our spiritual well being – to look beyond material obsession. To overcome our failure to love. To work on our power to love and regain hold of our powerful being. Our greatest task on earth is to love unconditionally.  It is the most important measure of success in our earthly lives. Nothing else matters.

Yes, loads of employment openings. Lets get together the unemployed, those on welfare, those on strike rallies, those who are bored and those with ample time to hate, and those with more than enough time to criticize and complain and get them to work.

Our planet needs us to rekindle the energy, to sow the seeds for healthier plantations, to clean our waters of impurities, to energize our environment with positive thoughts, to steer our young towards compassion & love….ah there is so much to do.

So my dear reader as I conclude this piece, I reiterate with clarity: the power of renewable energy lies within each of us. It is up to us to delve within our souls and to capitalize on the power that we are naturally endowed with, the power to renew our planet with love, hope and all things positive and with unconditional love.

The power of renewable energy lies within us.