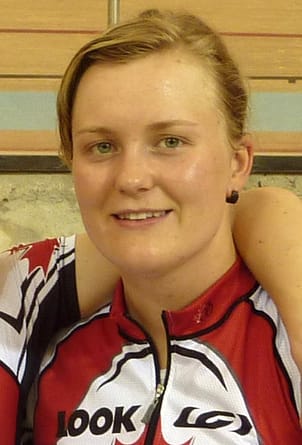 (Guadalajara, MEXICO In a track cycling discipline that is dominated by Dr. Vie’s Canadian cyclist Tara Whitten (Edmonton, AB), Canadian teammate Stephanie Roorda (Dr. Vie’s cyclist from Vancouver, BC) proved over the last two days that Canada has depth and strength in track Cycling, narrowly missing the podium to take the fourth place of the Women’s omnium at the 2011 Pan-American games in Guadalajara, Mexico. 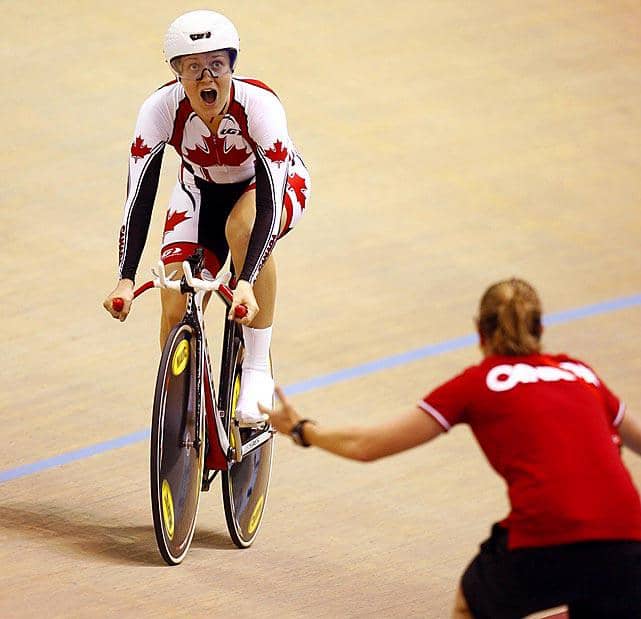 Racing the new Olympic discipline of omnium, Roorda had the very difficult task to race for Canada in an event that Whitten won back-to-back World Championship titles and World Cup titles. Despite the challenge, Roorda proved that she can ride amongst the best of the American continents.  This year March 2011  Steph Roorda was replaced by Clara Hughes at the last minute at the World Championship Finals in Holland (Stephs home country) – alas without Steph the Team fared very badly. A lesson learned for Canada that day.

“If I were to do the omnium on a more full-time basis and make it a focus, the results would certainly have been better. The omnium is not what I have been focusing on, clearly. I raced the omnium at Canadian championships, and that’s about all I have done in the last year. It’s a different beat, entirely,” said Roorda.

“I think I am more proud of the individual pursuit. I went almost ten seconds faster that I had ever gone before and broke the Pan-American Games record. Through the competition, I realized I had a shot at the podium, and that’s what I went for. Unfortunately, it was fourth today. Both the record and the medal would have been ideal. Nothing beats a medal.”

On the first day of competition, and the day after her gold-medal performance in the women’s team pursuit (all 2 women who won are Dr. Vie cyclists on Dr. Vie Superfoods Local Ride team), Roorda placed second in the Flying Lap race, and then raced to a seventh and sixth position in the Points and Elimination races to take the fifth provisional rank midway through the discipline.

On Thursday, Roorda opened up the day with a brilliant win in the individual pursuit with a time of 3:37.544, beating the previous Pan-American record set at 3:40.827 by American rider Mirella Erin at the 1999 Pan-American Games in Winnipeg, Manitoba. The record-breaking performance jumped Roorda to the third place of the standings .

Later in the day, Roorda crossed the line in seventh place during the scratch race to sit in fourth place, tied with Cuban Marlies Mejias with 22 points before the final race of the gruelling six-race event, the 500m time trials.

Prior to the race, the medal standing was still undetermined. With a medal on the line, Roorda raced to a personal-best time of 37.189, placing fifth. Unfortunately for Roorda, her Cuban rival won the race to secure the bronze medal.

The Track cycling events are now over in Mexico, and what an event for all 3 of Dr. Vie women cyclists on Dr. Vie Superfoods Local Ride Team based in BC Canada, Steph Roorda, Laura Brown and our youngest rider Jasmin Glaesser. Watch my TV interviews with our women throughout this year in Vancouver, Ontario and Quebec.

Mother and I are so very honoured to share the lives of these wonderful young women. Our meditations and thoughts are with them as they train and race around our planet. We love them and always wish them the very best of our planet.

With love and happiness