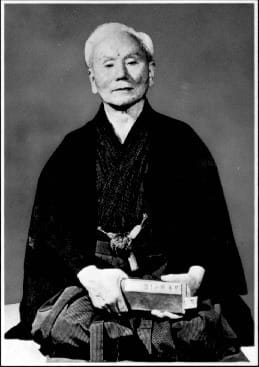 21,000 dead, nuclear radiation spreading and thousands missing following Japan’s earthquake, tsunami and nuclear threat. A grave situation for this resilient, calm nation. We would hope that the world would rally together to rush to the aid of this nation. To immediately dispatch rescue teams, airpower and intellectual know-how and to utilize the prowress of technology to the aid of this distraught nation.  Alas, no.

The focus is on Libya where the world powers congregate from airpower to naval power. We ponder to ask the question: “What if those hundreds of troops were sent to Japan instead, to help find the thousands of children and elderly missing in the cold wintry aftermath of the earthquake and horrific tsunami? What if those hundreds of troops instead helped to transport the much needed food and water to those starving in Japan?’

Let’s take a walk back in time…to some of the contributions of Japanese culture on our way of life today.  The discipline of sumari martial arts and judo spring to mind. Personally, as a child growing up in South Africa I was in awe of martial arts in particular the art of Shotokan Karate.  My Sensei exposed me to the power of the mind, discipline and strength without weapons as I trained in Funakoshi karate. I admired the age old teachers of Japanese martial arts and jiu jitsu as I pursued Funaksohi karate ( founded by Sensei Funakoshi pictured above).

Of late we’ve seen an explosion of Mixed Martial Arts in the form of Jiu Jitsu (Brazilian and more) with myriads of training centers springing up throughout Canada and the USA.  In vogue has been one of our key athletes Matt Baker a mixed martial arts fighter from BC. Matt’s major fight takes place this weekend in Canada in Nanaimo, BC.  Matt also trains children as young as 8 years old in the age old art of martial arts at his training center in BC (pictured below- Matt is seated on the bottom right). Yes the west has  also benefitted enormoulsy from the pristine foods and deep spirituality of Japan. Who has not heard of sushi? Japanese tea ceremonies? The higly prized matcha green tea even more powerful than regular Chinese green tea. The healthy food preparations. Yes we feel assured of the cleanliness and quality of foods from a Japanese restaurant. The politeness of the Japanese culture is well known…..yes even amidst their great pain during this catastrophe, the survivors wait patiently in long lines for several hours for their food rations. No looting, no violence, no complaining. Where-else in the world have we seen this during such calamities?

Japan’s martial arts teachings are found in many western cities. In Ontario, Sensei Susan Baldassi, 5th Degree Blackbelt in Isshinryu Karate, is the highest-ranked female instructor in Isshinryu Karate in Canada.  Studying the martial arts since the age of 6 in Thunder Bay, ON, she won a bronze medal in Judo at the Junior Olympics in Toronto in 1977.  Affiliated with Master Albert Mady of Windsor, ON, Susan earned her Blackbelt in Isshinryu Karate in 1983 and has been teaching the martial arts ever since, founding the Toshikai Dojo of Thunder Bay. Isshinryu is an Okinawan style of karate. Deb Fuchek, Susan’s sister and her husband run their martial arts school in Ottawa. Both these schools will be working closely with us to promote health and happiness in our western culture especially from an early age (as seen in the picture above with the youngster practicing martial arts at their school).  Yet another benefit from Japan’s amazing culture.

We at Dr. Vie Inc. are committed to helping the survivors of Japan’s tsunami by donating proceeds of Go and G-Shok superfoods to Japan. We thank our consumers for their support as well.  We thank La Moisson Natural Health food store in St. Therese, Quebec for their generous donation toward Japan.

We urge you to personally support our fellow humans who are in dire need of our help today.  Every dollar helps. Please help Japan this very minute. It is very easy to help via your mobile phone.

HOW CAN YOU HELP JAPAN?

Please help by meditating or praying for Japan.

Thank you for your support.

Please feel free to send us you comments or suggestions.