Congratulations Matt the Riot Maker Baker defeats Brad Stewart via Split Decision (29-28, 28-29, 30-28) at Edmonton Oilers Rexall Place King of Cage. Matt trained in Jiu Jitsu in Brazil in 2010. Dr. Vie (a former martial arts karateka herself) is a keen supporter of Matt Baker and his dedication to helping foster children.  Matt was a foster child himself and donates his money to foster kids. 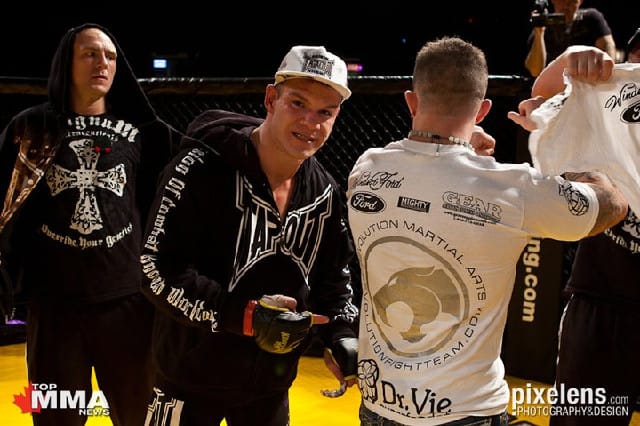 Dr. Vie Host of VIE RADIO interviews Matt 15 January 2011. Listen to these two interviews where Matt talks about his upcoming Jiu Jitsu training camp in Brazil and his next fight in Canada. In part two of the interview, Matt reveals a major secret: What a fighter (and athlete) should NEVER do before a fight/race. Click here for the exclusive interview.