To Mothers of our Planet. A Story of Love. 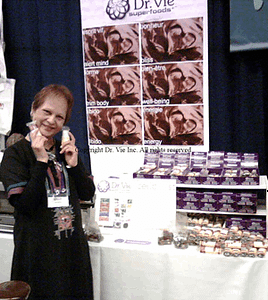 During this special month I celebrate my darling Mother, Mother Vie and my late  Grand Mother Ava the key reasons for me being here with you today. Mother’s story is so very inspirational. I am honoured to be her only daughter. I love Mother with all my heart from the very depths of my soul.

Mother was raised as the youngest daughter in a humble family in the Indian community in South Africa. Her older sister and her were thick as thieves, always hanging out together, sharing girly secrets and more.  Mother’s Mama, my dearest Grandmother Ava was the famous local “baker.”  Ava’s secret receipe for the most yummy doughnuts was savoured by their local community.

Each morning at  04:00 Mother would awaken to prepare the secret dough for the most delicious doughnuts in the community.  By 06:00 Ava would pack piping-hot fresh doughnuts into Mother’s and Aunty’s special delivery bags. The delivery duo brought beaming smiles to hundreds of faces each morning as yummy Ava doughnuts were devoured by the  eagerly awaiting community of families and children. Mother & Aunty would go to school after  their deliveries.

Years later, Father Vie met Mother on Easter morning during a special Indian festival. It was love at first sight for Father.  Within days they were courting their way to wedded bliss.  A true love story so poignant from the moment that they met to the second that Father Vie’s soul left earth.  Everything was magical for these soulmates, even their names are  carved into the architecture of the highest meditation centers in India. Mother became known as Vie’s wife, Mrs. Vie.

Together they left their mark on South African industry. Neither of them finished high-school as they needed to work to help their families. They proved that you do not need to have a fancy degree or to be born with a silver spoon in your mouth to succeed. They proved that anyone can succeed.

In a few years their new product was found throughout South Africa wherever a soft drink was sold, my parents creation stood by its side. As Mother worked the machine in their basement factory, Father signed historic contracts with Fanta & Coco Cola.

After Father Vie’s sudden demise at the end of the century, Mother Vie contracted breast cancer.  Father’s quick illness and death was a shock to Mother and I.  Albeit, the news of Mother’s cancer thereafter shattered my world. I was based in Switzerland where I was workings as a scientist in the medical device industry. However, I had been dabbling in herbal formulations and natural remedies for many years.

I immediately switched Mother’s diet to a raw vegan base. Just as she was recovering from treatment, she was attacked at gun point in our family home in South Africa. Her life was spared by a split moment as family rushed in to save her.

The shock drove Mother into depression and she lost her will to live. I went to South Africa, with a bag filled with herbal remedies, to be with Mother.  Those two weeks with Mother changed my life.  I realized the power of true love during my time with Mother. Mother had whittled away into a skeleton.  I can never erase that image of her from my mind to this very day.

During those two weeks with Mother,  I fed Mother, I bathed her, I clothed her, I cleaned up after her, I went to treatments with her, I held her close to me each night as I slept with her, cradling her like a baby in my arms. I checked that she was breathing all through the nights.  I cried silently each night as I prayed for her recovery.

Within two weeks Mother regained the blossom in her face and the happiness in her gait. She was smiling again and we ventured to the park – for the first time in a long while since Father Vie’s demise, I witnessed hope, I witnessed love, I witnessed change as I looked at Mother Vie in the park.

That week as Mother & I stood by Father Vie’s grave I knew that life would not be the same. My calling had changed. The next month as Mother & I spent time in England at a spiritual healing center my calling chrystallized. There in the English countryside I experienced something that I am unable to describe well enough to this very day.

So I started research into powerful natural foods not knowing where it would lead.  Eventually several years later my work materialized into a first product in 2007. Mother & I poured our life savings into the research and development phases. Yes, it was tough, not having any revenue yet investing in hope.

I went from a six digit income to no income, to almost broke.  I spent three New Years with just a few cents in my hand. For several years I wore the oldest clothing that were worn out by daily washes. I experienced what it felt like to live on the poverty line. I kept most of this information away from Mother.

Daily running at dawn, daily meditation and the voice of Mother were my only salvation.  My Mother has been by my side during South African winters -Canadian summers, and everyday when she is tens of thousands of km away from me she spurs me on, she soothes my tired mind, she inspires my deepest creativity. She is my dearest Mother.

During our numerous corporate public events (Mother Vie pictured above at our Montreal event), whenever Mother is in town, our booths and tents are filled with visitors all wanting to be enveloped in the charisma of Mother Vie’s aura. Young, old, men, women, children all wait in line to meet her.    Yes, Mother is an incredible human being. I am so honoured to be her daughter. I am honoured to be the daughter of my parents.

This month of May 2012 I honour my Mother Vie and my Grand Mother Ava. Two amazing women whom have paved the way for me.  I am at a loss for words when I try to describe these two women….I love them dearly.

With these words, I wish Mothers all over our planet a wonderful Mother’s Day. Whether you are with your loved ones, or on your own, know for sure that you are loved and honoured for all the love that you have contributed to our planet.

To those women, like myself, who do not have children of our own, know also that we do not have to have children to be Maternal. It is through making a difference in the lives of others and in the life of our planet that we are as Maternal as  Mother Earth.

Compassion, love and humility are at the very core of women around our planet.

In honour of Mother Vie during the month of Mothers and always.

I am because You are.