Children’s health quickly develops  into the health issues of adults, the leaders of our nations. Can we guide kids right from birth to blossom into loving, kind, visionaries who respect and honour each other instead of hating, harming, abusing or killing others and destroying the rest of nature? Why are young boys turning to extreme violence? What can young girls do differently to restore harmony before things get out of hand? What can parents and caregivers do? The secret is simple.

Parents and caregivers must come to the rescue. Prevent Youngsters From Radicalization

I recently spoke to a parent, Nick, a gentleman in his late fifties, who has two kids, a girl aged 20 and a boy aged 22. He said that he is a strong father and his wife is the softie, yet between them they have struck a balance. They kids are drug free, respectful, loving, contributors to our Planet. He then said that his friends, fellow parents, are having a tough time with their kids. According to him “They want to be friends with their kids, that is where I draw the line, I want my kids to respect me as I respect them, and so we have great friendship because of that.”

This insightful parent, hit the nail on the head. Many parents these days feel that they need to be friends with their kids but in so doing, they cannot guide their kids away from wrong. They end up struggling, and the dreaded words are heard: “I hate you!” 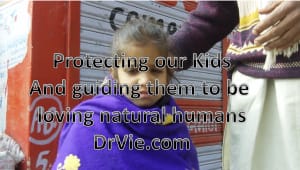 Nick also said something interesting.  He said that there is no training for parenthood, so parents just have to wing it, and learn along the way, but the problem is that mistakes cannot be undone, and the past cannot be changed.  He felt that parents today do not understand how to handle their kids and the fine line between bribery, indulgence and friendship becomes invisible. So much so that kids then rebel and in the worse case scenarios, look out for solutions from less than desirable means, drugs, alcohol, bullying, radicalization, crime and violence. A cry for role models, support, and recognition.

Why Youngsters Turn To Radicalization?

As Canada recently witnessed, when the son of a Federal employee turned against Parliament. His mother said “He seemed to be a lost child.”  Yet the very same child, requested for help to help him overcome his addictions to drugs and alcoholism, in vain.

In the same vein, another Canadian killed several RCMPs and was sentenced to 75 years in jail. The Judge said : “ He has mental issues, was addicted to alcohol and drugs…”

There is one common thread in these stories and incidences around the world, where youngsters go astray and get “lost” to the world of addiction. Why? There is insufficient guidance and support at hand when he/she needs it. Just as with any instability, we seek to re-stabilize ourselves…to become more at peace…for some kids the fast route that everyone else is also taking is that of the quick fix of prescription drugs (from the home medicine cabinet), easy access to alcohol and other drugs on the street or from groups. When a being is not internally strong, there is a  need to lean on or depend on something, be it drugs, power, violence, revenge is inevitable.

When the Brain is weakened the being is weak

Drugs (I included alcohol and smokes into drugs also) affect the brain directly. The powerhouse of all our functioning is within the brain. If you want to disable yourself then the fastest way is to attack the brain. This is what occurs with the use of drugs. Yet even though this is known throughout the world, the corporations and businesses that produce, market and sell these lethal substances are leaders of the economy.

Now marijuana is being legalized making it even easier for children to damage their brains faster and at younger ages.  Remember, youth is a short period of time. Soon these brain damaged youngsters become brain damaged adults who make brain damaged decisions that shape the future so much so that even the evolution of humanity is being affected.

When you observe the state of humanity today, especially in the developed nations, there is a rhythm to each 24 hour cycle. Humans go to sleep (for the first time the world is at peace), then they awake, work in high stressed jobs to construct man made unnatural “things” then at the end of the day, they are so fatigued and drained that they reach for a drink. Drinking is a habit for stress relief….damaging the human brain has become a habit.  Everyone is doing it. You see in in the movies, on entertainment channel, in ads everywhere.

“Let’s go out for a drink,” is the norm. Have we become so unconscious that we do not realize that the drink is killing our brain?  Kids do it, adults do it, elderly do it. All as a means of relaxing and getting away from the stress of life, that we have created for ourselves.

The only way out is to stop, take a step out of the mess, and look in. As if you are watching the street from the 45 level of a building. Your view will change. You will see the masses, like slaves, trudging around then finding dark places at night to gather and drink. The same routine continues…without any awareness of what is really happening.

What is the solution?

It is time to analyse everything around us, that we are constructing everyday that takes us further away from our  natural human form that is natural and created to exist without any man made constructs, beautifully and wonderfully and evolve naturally to even higher states.

Now the  natural path is blocked because we are trapped and have become slaves to a man made world of rules and infrastructures that trap even children right from an early age. No wonder parents do not know how to guide their children…for the blind cannot lead the blind.  The harsh truth must be looked at, analyzed and the problem must be confronted and solved immediately if we want a better future.  Going to rehab is is a hip trending thing to do…but it does not help anything.

Why suffering continues even after rehab?

You return to the same unchanged man made environment, so how can you become better? SO you must look deeper.

The question is, can you look deeper into your self. Can you look at life from the outside in? Can you make decisions based on the good of humanity? When you go to bed at night can you say that you have helped humanity today? Or you have been working to move humans further from their natural human nature? Here is a link to a previous article about this. http://drvie.com/search-for-happiness

Today you cannot live life separate from what is occurring around the globe. Today more than ever, every being must realize that their every thought, word and action is shaping the entire world. With war raging in the Middle East, Eastern Europe, Asia it is reflective of the very same war raging inside people around the world, right in the home, among family members.  Nothing new is happening out there that is not already happening inside us.  Women can rescue humanity….

Women must rally together to take a stand against violence, corruption, vulgarity, exploitation and inhumanity by nurturing love and inner peace in babies and infants as they grow into children and future adults.  Women carry a powerful source of healing power which must be harnessed immediately, in every woman around the globe, if we are to prevent children from becoming radicalized and growing into beings who are filled with hatred and conditioned to harm or kill others.  The time is now for love to to resurface and overcome terror and addictions that will soon take over our world.

If you would like to discover more about how you can free your self from the chains of unnatural actions, then do get a copy of my book Taming The Female Impostor – Book of Secrets to Rescuing Humanity http://drvie.com/tamingthefemaleimpostorsummary  and begin to make a difference for all of humanity.

We can guide kids and prevent youngsters from radicalization by showing them the way to a natural life, the way all of humanity was created to enjoy.