What women have to end famine, poverty, wars and disease? 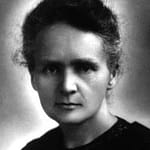 Women’s health and well being is key to the regeneration of the planet. Energies of women can rejuvenate the planet. Yet it is untapped.

[nonmember] What is the secret key that women possess? [/nonmember]

[ismember] What is the difference between men and women? [/ismember]

[wlm_firstname] today is International Women’s Day which was officially only started in 1909.  Personally, as a woman, of Indian lineage raised in a country beset with discrimination I feel a deep connection everyday with girls, women and our dearest Mothers around our planet. In retrospect what have humans as a nation, as an international community, as supposedly the most intelligent life-form on earth, accomplished through today? Can we hold our heads up high each day, look around us, smile, breathe a deep breath of contentment with the knowledge that we have made a difference to the betterment of humanity, in particular to the betterment of our present and future Mothers of our Planet?  Can you?

Who are these humans whose wombs we were created in, whose body we  lived in for 9 months, whose nourishment we were dependent on as we grew from fetus to baby, whose body we came out of to inhabit this world, whose breasts we suckled up to hungrily drinking for dear life? I should know because I was one of those billions of babies who owes my life to my Mother as you do.

Yes woman have a different constitution from men.  Just read “Women are from Venus, Men are from Mars” to realize the differences. Yes we are softer, more gentle, more thoughtful, more considerate, more nurturing, emotionally stronger, more insightful and yes more wise.  Women live longer then men with the average life expectancy 86 for women and 80 for men (Japan).  Did I say more wise?

Yes I did, because it is a fact.  Women are rooted in the very vibrations of the creator of all living things because women have the power to give birth to life.  Can anything in human existence come close to that? Yes.

Our ability to transcend our material self to tap into our cosmic consciousness. However, this is a topic for another discussion. One that I delve into in Dr. Vie Academy Seminar 3: Our Inner Spirit. Yes being able to function from our higher self is possible for all humans, but only achieved by a handful.

However, something even more amazing is achieved by women.  If you feel that giving birth is merely an act of nature and really not a task to be revered then lets look at a task beyond that which women have excelled at: raising a child, raising you, raising me through adulthood.

Yes our Mothers nurtured us, protected us, fed us, bathe us, stayed up with us in the wee hours of the morning as we tossed with fever or scratched with measles. Only through the dedication of our Mothers did we make it through tumultuous childhood. All through adulthood even when we enter middle age and seniority, our Mothers continue to love us.

These acts of love are the most important source of infinite regeneration, bigger than any generator on earth.  These acts supersede all the titles (masters, Ph.D., MD), all the positions at work (Director, Vice President, CEO), all the wealth in the world (top 10 riches people, millionaires, billionaires ), all the technological advancements and all the discoveries.

Women appear to have an infiniteless  supply of love. Yes we carry the CODE for supporting our planet, for regenerating our planet and to allow our planet to rise above the ashes like a phoenix.

Yet women are viewed as subservient to men, yes even in 2012, yes even in developed nations, yes even in western societies and yes even right here in the North Americas where we pride ourselves on democracy, equality and freedom. So what is out of balance? Have there not been women that everyone can look up to with admiration? Even men?

Let us look at an amazing woman in a male dominated role: Joan of Arc a 17 years old martyr and heroine in Domremy France in the 1430’s.  At the tender age of 17 this French youngster clad herself as a young man defeated the British Army and was made member of the Royal Court within a year. Her passion for freedom is indescribable to this date. Alas she was convicted of heresy and burnt at the stake. She was a canonized in 1920 and made one of the 5 patrons of France.

Agnes Gonxha Bojaxhiu, born in Macedonia 1910 left to Ireland in 1928 to study English. She was then sent as a missionary to Calcutta, India to work at a convent. She devoted her life to the impoverished in Calcutta and become known as Mother Theresa. She compiled a team of 4000 nuns to work at hospices, AIDS centers and orphanages. She was awarded the Nobel Peace Prize in 1979. 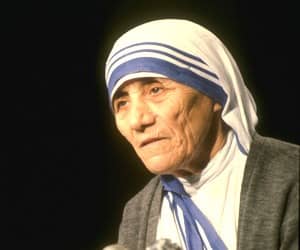 Maria Skladowska born in Poland in 1867, penniless, she worked as a governess and tutor while pursuing her dream to be a physicist (unheard of at that time). She married a chemistry professor Pierre Curie becoming the first husband and wife science team.   She was the first woman to win the Nobel Prize in Science and thereafter a Nobel Prize in Chemistry the only person to win 2 Nobel prizes until 1962.  Marie Curie is an inspiration to all women who want to pursue a career as a scientist or researcher. She is certainly one of my mentors.

So what is our plight today? Why are women still viewed as sexual objects by the majority of men? Well let us look at this in more detail. According the to the ancient Vedas we have 7 energy centers (Chakras). The first chakra vibrates at the slowest speed and the 7th crown chakra at the highest speed. As we are able to move the energy from the lowest chakra to the highest chakra we gain enlightenment and a higher state of functioning. When the chakras are out of balance we experience disorders that emanate from  that blocked chakra. For men the sexual center is located in the first root chakra which is highly physical. For women our sexuality is located in out second chakra which is more emotional  and higher than the functioning of the first chakra.  When people are unable to move beyond their first chakra they become fixated at that level. Hence a major portion of their living energy is consumed at that level.

Learn more about your unique body and an introduction to the Vedas in my free online Health Seminars.

So what should the plan of action be for us as women, for our future is in our hands. What do we need to do as women to help our planet regain its balance and nurture life as it once did?

We need to educate ourselves. We need to seek the help of other women for guidance and mentorship.  We need to focus on developing ourselves devoid of drugs and addictions. We need to be protect ourselves from being viewed as merely a physical entity with the only asset being that of our physical being.

To all females around out planet

We are Mother Nature.