Every breath may lead to early dementia ? 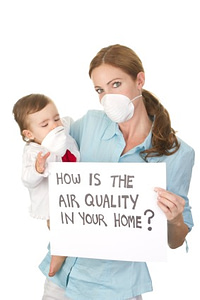 I bet you thought that alzheimer’s is a brain disease of old people? Think again.  Dementia is not a normal aging process. Why is dementia now evidenced at an even earlier age? What causes dementia? Are you at risk? Have you already started to develop dementia? Can you reverse the damage? How can you prevent dementia? Numerous scientific reports reveal that dementia is a brain disease that is also prevalent in children. Dementia affects cognitive functioning for instance memory, thought processes, decision making, reasoning, problem solving, the ability to know right from wrong and so forth.

Well let us look at some vital aspects of this preventable brain disease. To understand this with more clarity we need to understand what makes the brain powerful, what protects the brain and then to understand what damages the brain. The key factor is to become empowered with information – which leads to understanding.  For those who already have incurred some damage to their brains – this may prove to be somewhat intimidating. However, do remember you can regenerate brain cells…read on.

Our brain is the most sensitive organ in our body. It is the seat of our existence. Without our brain we will not be able to function. With billions of cells and trillions of connections our brain far surpasses the most sophisticated computer or microchip on earth today, or that will ever be created. Yes my friends, the IPhone  with all its software and apps, is no where close to what your brain can do.

Our brain must have:

Without this parts of our brain will start to die – cells begin to die or atrophy. The areas where our brain cells used to be will be filled with areas of darkness or fluid and the size of our brain decreases.

Minor symptoms of personality disorders, inability to think well, to make intelligent decisions, to analyze consequences of one’s actions begin to emerge. Strangely enough, these symptoms are accepted as “quirks” or parts of a person’s natural personality. Autism, depression, paranoia, addiction are all symptoms of damage to the brain cells.

Let us focus on the first aspect that is crucial to the function of our brain – pure air.

Our body needs oxygen to function. Without oxygen we WILL die. Everyone knows that . What is not known that without sufficient oxygen, even though we continue to live, we are only functioning at a fraction of what we could be functioning at if we had our dose of oxygen!

So how much oxygen do we need? Well because oxygen is not like food, it cannot be stored, we need to have it replenished constantly. We typically breathe in oxygen and nitrogen (in the air). Air usually has about 21% oxygen. As oxygen is a reactive non-metal it can oxidase very rapidly with other elements resulting in oxidants (hence we need antioxidants to fight off the free radicals). Incidentally, hydrogen, helium and oxygen respectively are the most abundant elements in our universe. Also, oxygen makes up almost half of our dear earth’s heavy crust! Interesting non-metal for sure.

So where do we get the oxygen from? The wonderful powers of our amazing sun in a process of photosynthesis produces elemental oxygen from the water. Remember water is made up of massive amounts of oxygen. So yes, your body is made up of two thirds oxygen! Oxygen is found in all organic compounds like proteins, fats and carbohydrates.

However, the oxygen that we breathe in is elemental oxygen. Elementary, but not Watson! Pardon my sense of humour!

Can too much oxygen be super powerful? Actually no. Too much oxygen especially at elevated pressures can be lethal. This is the reason why newly born babies should not be placed in an incubator filled with pure oxygen.

On an average adults take in 20, 000 breaths a day equivalent to 15 kg of air. Children take in double that amount. That is why kids are more vulnerable to impure air.  Remember that air is assimilated into the bloodstream very rapidly and more rapidly than any other substance. However, we take the air we breathe for granted. The functioning of our brain is highly dependent on oxygen and when we are deprived of oxygen for any length of time the vascular supply to our brain is compromised leading to death of brain cells.

In the days prior to industrialization, the air quality was pure and the risk of brain cells being damaged from impure air was very low.  Since industrialization this is no longer the case. For a long time, London was known for its high smog content. It is thought that between 4000 to 12, 000 people died from smog toxins.

Oddly enough, when I lived in London over a decade ago, I noted that each night when I cleaned my nostrils, the tissue was laden with black soot! Very disturbing. Well, lo and behold, when I was in London in July 2012 for the London Olympics, I was truly impressed. There no residue of soot in my tissue when I cleaned off my nostrils each evening! Furthermore, as I sat in Piccadily Circus and watched the London buses go by, followed by the London cabs and cars, the air was not thick with pollution. The air was actually quite clean! Congrats to the Brits for cleaning up their air and the emissions from their vehicles.

Sadly enough, when I arrived in Vancouver after my 5000 km drive across Canada, I was shocked to encounter the thick  fumes of smog and pollution in the streets downtown. I found it very difficult to walk along the downtown streets without covering my nose and gagging from the heavy pollution around me. The impact of the pollution will certainly show up in the health of the poor unsuspecting people, the children, the elderly, the workers, the residents, the tourists who walk along those roads in Vancouver. You would hope that the government would work to improve the air and to protect its people.

Now, this also means that the apartments and offices in the downtown area of Vancouver would also be contaminated by the toxins in the air. Even the air in the corridors of the downtown condos wreaked of pollution.

So, my friends, every breath that you take could be killing you. Carbon monoxide levels in your home, work environment and the street that you walk on, is damaging your brain cells. If you live in an area like downtown Vancouver, or any other congested city in the world that releases toxins in the air you need to know how to protect yourself.

Now you can begin to understand why 2nd hand or 3rd hand smoke is dangerous to our brain. So the next time you take a breath of cigarette smoke that was just blown into the air by a smoker, know that you are hurting your brain cells.  Walk away or cover your nose and mouth immediately.

Early onset dementia is on the rise and now seen in teenagers. What can you do to protect yourself and your loved ones from early alzheimer’s and other brain diseases caused by your environment?

I address this in the next article in November.